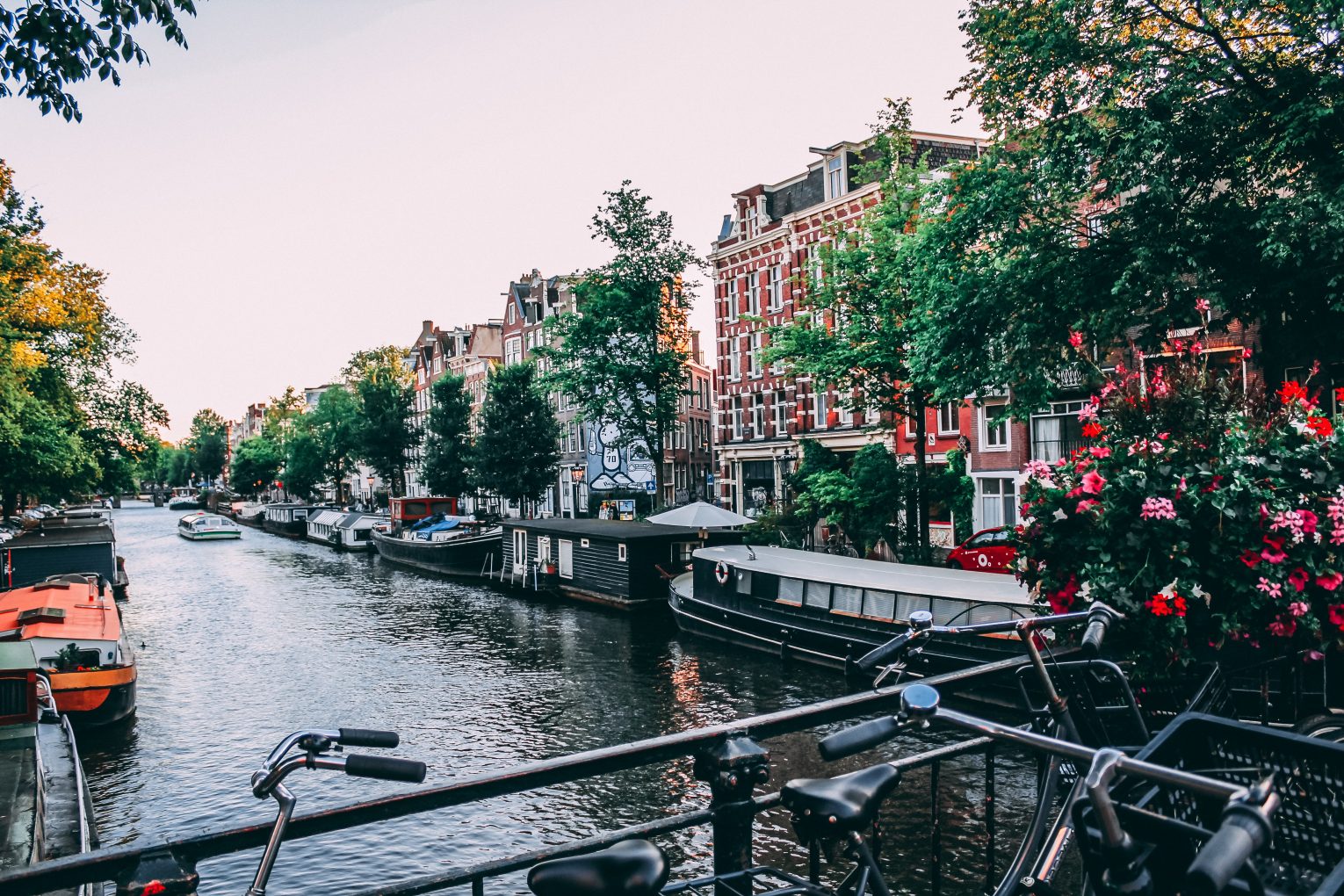 “Just act normal, as that’s insane enough as it is,” we tell each other here in the Netherlands. We are quick to judge those who do not follow normal behaviour.  But when normalcy has led us to social injustice and environmental destruction, it would be insane not to act abnormal!“

To understand the state of de-/post-growth thinking and its movement in the Netherlands, we need a bit of context. Our dominant social imaginary has long been firmly rooted in socially unjust and ecologically destructive growth fetishism. This ongoing trajectory received a major boost with the Dutch neoliberal turn of the 1980s. It ruthlessly stripped down the welfare state, gave rise to flexible employment, exempted employers from paying social contributions, and led to the familiar tax-avoiding oligopoly (e.g., KLM or Booking) operating in cahoots with a political-economic “grachtengordel” elite—referring to Amsterdam’s canal ring area owned by the city’s affluent upper class. Dutch neoliberal politics also turned us into a global tax haven. Corporations have even named a tax evasion tactic after us: the ‘Dutch Sandwich’. Through these mechanisms, we cost the rest of the world an annual 22 billion euros in lost revenue.

Agriculture in the Netherlands: hyper-productivity and land concentration

However, the trouble starts with capitalism’s growth impulse, as neoliberalism just adds fuel to the fire. For example, industrial farming intensified in the late 1940s following the land consolidation policies of Dutch Agriculture Minister Sicco Mansholt (and later European Commissioner for Agriculture). After two decades, Mansholt recognised that the path he had recommended was severely impacting the natural systems. Inspired by the Club of Rome’s message of Limits to Growth, Mansholt addressed the European Commission with the statement: “It would be desirable to consider how we could contribute to an economy no longer based on maximum growth per capita.”

Unfortunately, the message was ignored. The Netherlands became the second largest exporter of agricultural products after the US, despite being less than 0.5% its size. Hyper-productivity is promoted in every possible way—most perniciously by our own private banks.  As in many other countries, more than 90% of the money in circulation in the Netherlands is created as interest-bearing debt. Debt-fuelled growth of the livestock and horticultural sectors that bring the world our famous cheeses and flowers also brought us to the top of global nitrogen emissions. Additionally, indebted farmers became vulnerable to processes of accumulation by dispossession, as revealed by an increasing concentration of landholdings. Dependency relationships with banks also make it near-impossible for most farmers to downscale production. On top of that, neoliberal economics allow global cost externalising agribusinesses to outcompete and undermine healthy and safe alternatives, such as those proposed in regenerative agriculture.

How will we ever escape these destructive and exploitative conditions if we “just act normal”? The de-/post-growth call for decolonising the imaginary is more urgent than ever, but the term degrowth, or “ontgroei” in Dutch, is yet to become a part of our vernacular. While progressive news outlets have long picked up on degrowth, we also see a steady rise in mainstream newspaper articles on the subject. This seems to indicate that a public debate on degrowth is emerging, e.g., on degrowth versus ecomodernism, on biophysical limits to growth, on abandoning GDP, on getting over our materialistic values, etc.

And fortunately, it is not just all talk and no action. In an ocean of neoliberal capitalism, more and more small islands of decommodification, commoning, care and conviviality are popping up: agroecology initiatives, repair cafes, transition town experiments, community supported agriculture, energy cooperatives, alternative currencies, local exchange networks and so on. Policies have been proposed for complementary currencies, basic income, a redistribution of global footprints, a reform of development cooperation and a 5-point post-growth manifesto. The latter even received a fair amount of attention in the international degrowth community. Finally, despite our sheepish cultural tendency to avoid the barricades, activism seems to be spreading in the Netherlands.

The Dutch Degrowth discourse in and outside of academics

Personally, I had the opportunity to develop a degrowth course at the University of Amsterdam. Since 2016, a growing number of enrolled students recognise that our social imaginary is reproducing a derailed system. As an upshot of the course, my fellow lecturer and I started looking for like-minded people outside of academia. These meetings led to the establishment of the Dutch degrowth platform: Ontgroei followed by an immediate explosion of interest and invitations to speak at various events, including activist campaigns, student association evenings and civil society gatherings. We also organised a few events ourselves which have attracted large numbers of participants.

These experiences show that alternative imaginaries are very much alive in the Netherlands. At the same time, the lack of connection remains a challenge: the islands of alternative imaginaries remain largely isolated and could easily be submerged by neoliberal capitalist forces. It therefore couldn’t come at a greater time that the 8th degrowth conference: ‘Caring Communities for Radical Change’ will be held in The Hague next summer. Our conference assembly is deeply committed to organising an event full of interesting transdisciplinary encounters between scholars, activists and artists. This should give the degrowth movement in the Netherlands a tremendous boost. Something is clearly brewing. How could it not? Perhaps, one day, the saying will be: “Let’s act abnormal together, as it would be insane not to!”